At last that's over with. This year, although I have witnessed some incredible climbing, it seems like it rained all Summer. Then it rained all through the Autumn and it's still raining now.
How did this happen? I guess we've been spoiled by the last three or four years which have been relatively dry. A few years ago, this was normal. I remember when I started climbing, it would get to October and that was it. Get inside, get the weight belt on and get crimping, because it wouldn't stop raining until April. That's one of the reasons the Northumberland crew were so strong (and injured...)
I was holding off on this blog for a while as there were so many projects on the go in The County, but the weather has called time on those until the next cold, dry spell.

Despite my lame excuses at not taking enough photos, there have been brief pockets of dryness.
Up at Hepburn, Adam Young managed to nail Preparation H to add to his growing collection of eights.

Dan Varian squeezed in a committing top-out on the superlative Death Knell wall at Bowden to give Nature's Angry 7b+. The crimps on this wall are amazing. It follows Andy Cowley's Heaven Can Wait, but instead of moving into Death Knell (E6 6c), it continues straight up off a horrible, little two-finger divot. The usual long, scary fall awaits if you don't make it, but the landing is 'kind of' reasonable. I had a go at this years ago after I had done Death Knell, but I didn't have it in me to make the moves at the top. That was a great couple of weeks. I remember Death Knell had half a dozen ascents by the Berghaus Wall squad in the space of a fortnight, which is probably half of its total number of ascents ever. It never seems to get done these days, but it's the epitome of Bowden highballing.

Also at Bowden, I met up with Alison Monks. At the end of the day, she decided to 'warm down' on Scoop Traverse with it's tricky crux move.

In the search for dry rock, I met up with Alison over at Back Bowden. The North Wall is dripping, and will probably stay like that over the winter.

Andy Rutter convinced me to go up to Shaftoe for a couple of hours and we 'enjoyed' a muddy walk-in. He wanted to do Buford T Justice. There's not much on top of a lot of the boulders, so they tend to stay dry. The landing was horrible though...

We headed over to the Font Boulder as it was getting dark. Bleaustard is a great problem to photograph, as well as climb. The long throw always looks good.


Maybe it's the weather that has influenced the way I feel about taking photos of climbing which changes week by week. Sometimes it's so important I have to get it out of my system, so I can get on with the real world distraction-free. When I'm stressed with work and trying to find the time to sleep, work wins. Usually.
Is it ever just a waste of time? It feels that way a lot recently. I struggle to find a photo I'm happy with, while all around me is mediocrity. I look through my climbing photos and there are maybe two or three I'm happy with, and even those have faults.

One thing that never fails to reset me is hanging out with friends and watching them climb. Some of my best climbing experiences have been when I've been in the background watching, spotting or belaying. The privilege of being there when someone pulls it out of the bag and climbs three grades harder than ever before. Reassuring someone shaking on a bold lead and talking them upwards. Getting pulled off the ground holding a big fall.
For me, these moments are just as memorable as climbing itself.
Watching Adam, being spotted by Andy Cowley, getting Preparation H slowly wired, then getting it ticked. Hanging out in the sunshine while Katie's warming up on Captain Haddock, then being inspired by Dan taking big falls and pulling on tiny, tiny holds. Seeing Alison throwing herself at a move again and again, determined and focused.
Knowing that there is so much climbing history right here under your fingertips in these beautiful crags and these fantastic routes.

As a perfect example, before I met Adam over at the Northern Soul boulder, I spent an hour or so with Karen, Broon and Stevie over at The Picnic Area. Great banter and great climbing.

Recently, Katie Mundy and Micky Stainthorpe have opened a bouldering wall in Carlisle, Eden Rock. I went over to take some photos and it's a great wall. One of the reasons that makes it stand out is that it features some of the most beautiful wooden holds you'll ever see. A real labour of love by Dan Varian. He's been collecting different pieces of wood, so each is unique, and fashioning them in the Beastmaker laboratory. He's also building a frightening training board, so make sure you get along and punish yourself. Schedule in a couple of rest days afterwards... 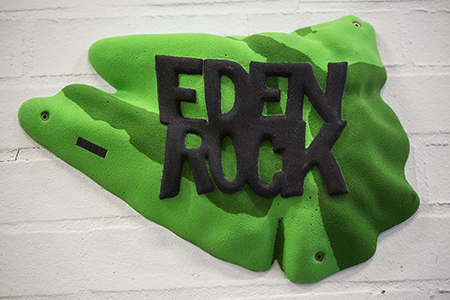 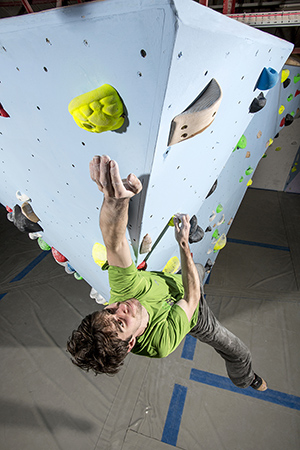 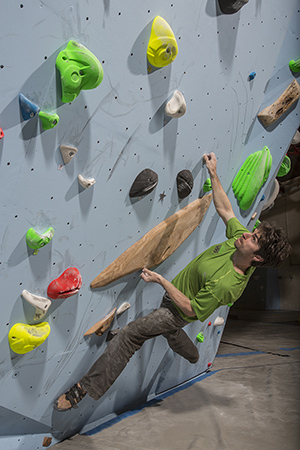 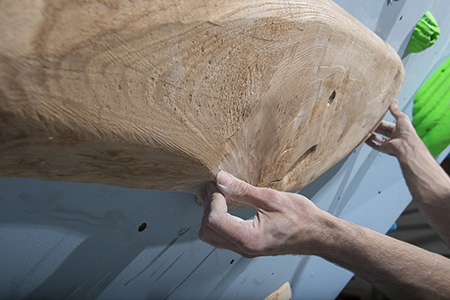 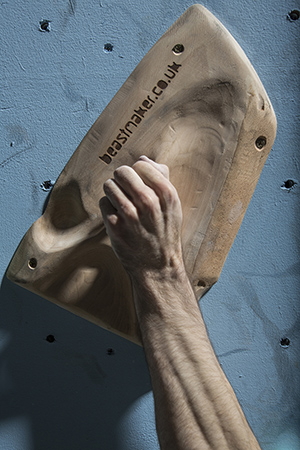 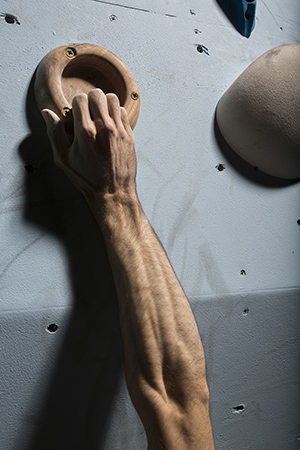 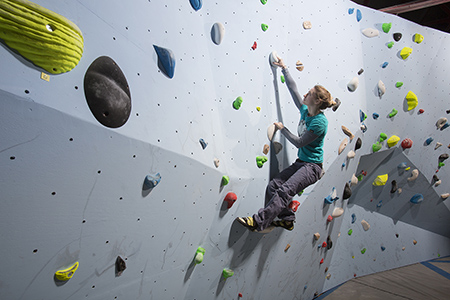 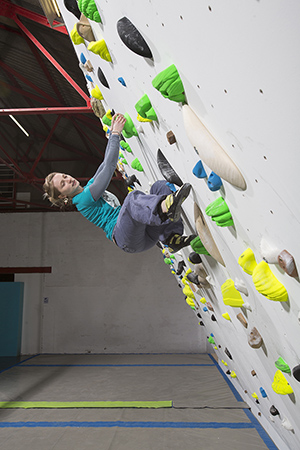 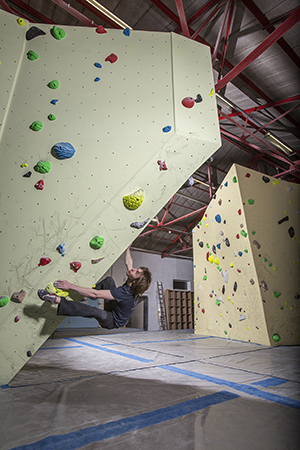 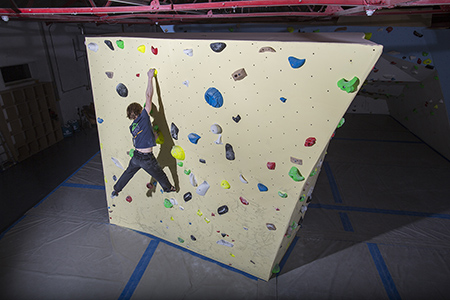 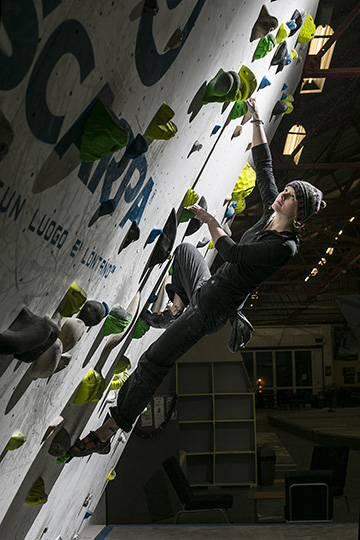 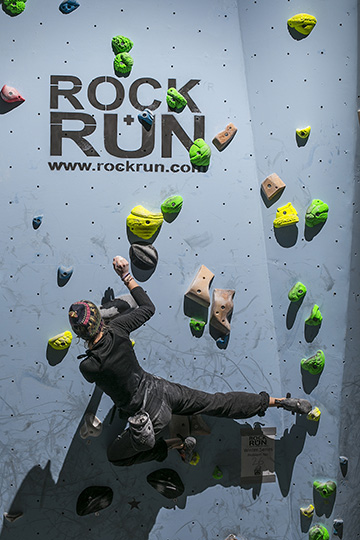 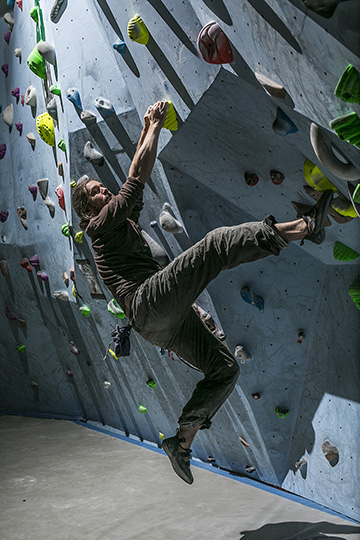 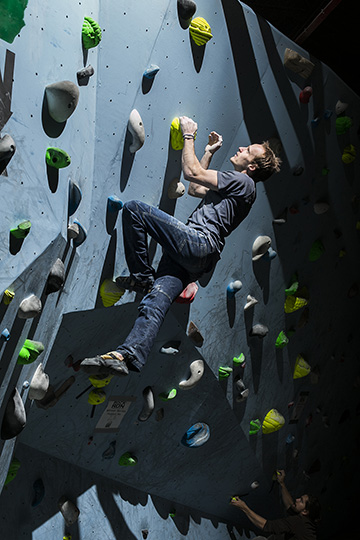 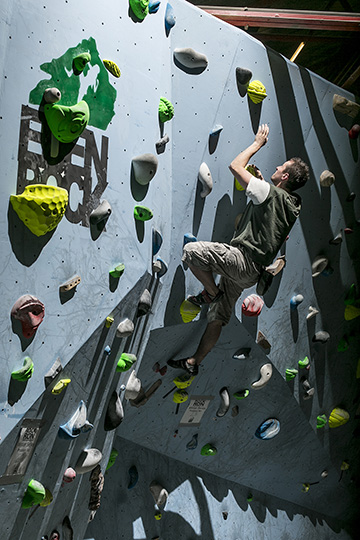 See you next year.
Keep the faith.