Queen Kong, Red Dragon, The Magician, The Stell, The Slot, Born Lippy... and a stormtrooper.

So, March was the driest for 60 years and now it's raining constantly again, but luckily I managed to get out a few times and grab some snaps.
Last time, I said I'd have more pictures of Dan on his uber-route at Back Bowden, but those photos have gone to the mags, so it's not really fair to post them here. However, I do have another bailing photo that I'll share with you:


Dan's been busy, as ever, but more on that next time.

I also said I'd have some photos of Michele at Queens and here they are.
It was nice to catch up with him again, especially in Northumberland. I think he's ticked everything in the Peak. Anyway, he was loving the perfect rock at Queen's. It's fairly clean up there, considering the time of year. It's not a winter venue at all, and like Ravensheugh and Wanney it needs a bit of traffic to see it into the new season.


Queen Kong needed a bit of a clean, but was dispatched fairly quickly.


Red Dragon proved to be a bit harder. It's better if you're slightly taller and have a bit of reach.


Michele wasn't the only one pulling hard. Katie was busy working on the classic Worldline, while Dan put his feet up and relaxed with his camping chair and flask. I've got that photo filed away in the blackmail folder.

Katie and I have been working on a new design for a headcam. Now it's patented, we can reveal it here.


I had another trip up there with Chris Graham who was in the mood for The Slot. It's a one move wonder, but at 7c+, it's quite a move.

Another Queen's session that ended in the dark.

Dave and Mina have only recently discovered the delights of The County and straight away they're in at the deep end with a trip up to Ravensheugh. After warming up on Reiver and The Duergar which everyone loved it was onto The Magician. Mina was taking it easy as she was recovering from the previous day's team training session, but Dave and Andy Jennings  got stuck in and both of them got up it.
I'm sure it hasn't had many ascents (four or five, partly due to the walk-in as well as the difficulty) and it was exactly five years ago (April 2007) that it was first climbed by Andy Earl, so it was a bit of an anniversary celebration. Sort of.

Then we wandered into the trees with our headtorches to have a look at Awooga. Dave's keen on getting that ticked next time.
Next morning we went to Back Bowden so Mina could get County Ethics nailed, but it was too early in the day for highballing, especially after a curry. She was on the problem for a while though. I don't think I've seen anyone hang onto those holds for that long!

I had yet another enjoyable afternoon over at The Stell with Stu Campbell and Martin Waugh. Martin is part of the team who recently developed this great little venue, so I was very keen to get some photos of him there. I still don't know the names of any of these problems though.

What an amazing move this is:

I had a night-time session at Bowden with four well known, strong County boulderers. Andy Cowley, Nic Ward, Adam Young and Speedy. They were all keen to get some good conditions and climb when it was cold. Every time I see Speedy, I pester him for photos, so it was good to hook up with him. He's very strong and unassuming.

They had a lot of fun climbing Born Lippy in the dark and we had a great night.


I also thought I'd share this photo I took a couple of weeks ago. There have been a couple of times when I've been climbing at Bowden and just as I've been topping out, a jet has screamed overhead. It's like the whole world's exploding. Adds to the spice.

A heads-up that Climb Newcastle have their annual ASBO (Annual Spring Boulder Open) coming up on 4th May. Click this link for details.

Here are a few northumberland landscapes. 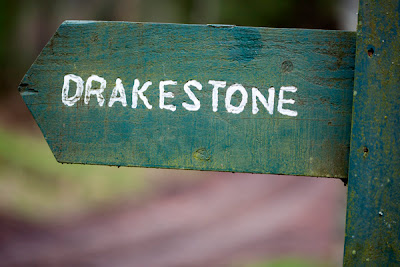 I've been spending a few nights on the beach.

Posted by Mark Savage Photography at Thursday, April 19, 2012 No comments: