Snow in The County

Firstly, I'd like to draw your attention to a couple of local heroes.

Congratulations to Steve Lynch who has won the Scottish Tooling Series 2010. Nice one Steve. You can check out his blog here:  http://www.steve-lynch.blogspot.com/

Also, some big news in bouldering. Micky Page, who is fast becoming a legend on the scene,  has climbed yet another another 8c, 'From Dirt Grows The Flowers' in Chironico, Switzerland. He's back for Christmas, then heading to Rocklands, probably for a Monkey Wedding. Let me know if you need a photographer, Micky...

Ok, back to business. I've had easier weeks, that's for sure. Wine therapy has helped me get over it, but I thought I'd share it with you.


I went out last weekend to see what the roads were like and they were still a bit iffy, but on Tuesday Russ, Tom and I decided to take a drive out to Callerhues to see what sort of condition the crag was in. Getting there was no problem, but we had to dig out a parking space which was a nice way to warm up.


The approach was heavy going. At best the snow was calf deep, but there were plenty of waist deep sections to keep us entertained. It seemed to take forever, but eventually we arrived and the crag looked fantastic. Big cornices and snow filled gullies, but no ice routes.


We got there quite late and the sun was going down, but there was time to take a few photos before we headed back to the car in the dark.  It was -10 when we got back to the car and I was glad to get out of there!

A couple of days later I went up to Bowden with Katie. Normally in these conditions, we would have had to walk in from Belford, but Katie turned up in a borrowed 4x4 and we made it up the road. Generally, the weather was warming up a bit and the snow was beginning to melt. You wouldn't have thought so as it was bitterly cold. We were going to do some photos, but it was almost unbearable, so we just went for a walk to look at the ice.

As you can see, everything is very wet. The icicles were breaking off and disintegrating in a pile of slush when they hit the ground.


Last, but not least, and inspired by Graeme Read who had made the trip the previous day, I headed up to Simonside. The road along the bottom of the forest wasn't passable, so after digging out yet another car parking spot, it was a long walk-in through the snow. I knew I'd be knackered before I even got to the car park, so I took it slowly. I had my skis with me as well. If I was going to go all that way, I might as well get some skiing in!

It was hard work getting up there through the snow. When I got to the top of the road there was a lot of cloud heading in and I knew it wouldn't be long before I couldn't see anything...

I decided to make my way towards Ravensheugh as you never know... The weather could change. It was very, very cold, snowing a bit and the wind kept knocking me over. It was that strong! Every time I went over I had to take my bag off, then struggle to my feet. It was just grim, plain and simple, but don't get me wrong, I love being out by myself in conditions like that.
Great fun!


I made it as far as the Ravensheugh turning, but the weather was winning and I knew it would be getting dark as I was making my way down, so I decided to get the skis on and at least have a bit of fun. Little did I know...
So there I was, skiing down from the top of Simonside, thinking that it was all over, when I suddenly went through the ice up to my waist. Because I was moving forward and had my bag on, my top half was thrown forward into the water as well. Needless to say, I got a shock! There was no warning at all. I had a bit of a struggle to get out because I was just clawing at the slush!

Anyway, I dragged myself out onto the snow realising that this could be serious because of the wind, then noticed my skis were still in the water. I had two options. Abandon them, or get them out. I knew roughly where they were as I simply had to follow the tracks. Of course, I was already wet and wasn't going to leave them behind. You know the rest!
I emptied the water from my boots and gloves and set off again on the long walk out. It wasn't as much fun any more! I should have taken a photo of the pool with my ski tracks leading into it as it was pretty funny, but I was already trying to block it from my mind and think warm thoughts.

Surely that has to be as epic as it gets in Northumberland cragging!


I think there's more snow on the way next week so tune in soon for more adventures...
Posted by Mark Savage Photography at Tuesday, December 14, 2010 No comments:

It's proving a bit difficult to get out and take photos at the moment! The main roads are clear, but it's a struggle to get to them. I had a couple of trips out earlier in the week to check conditions, but it's impossible to get anywhere near the crags.


Here's the view outside Savage Photography Global HQ at the moment: 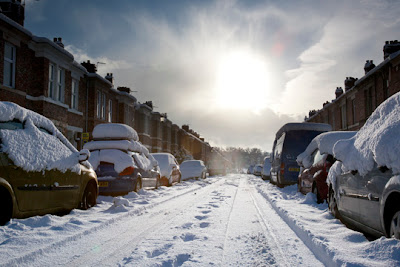 This is the thermometer on the outside of the living room window: 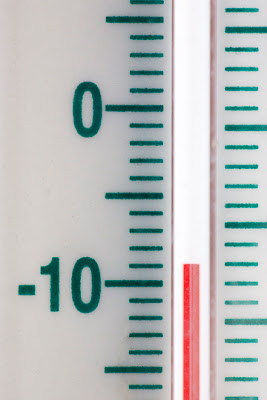 There is a cornice of jagged death directly above the front door: 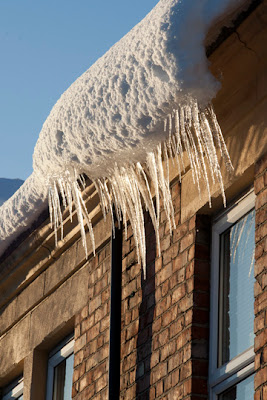 I've been wearing my B3 plastic Koflachs all week, so at least my feet have been warm. 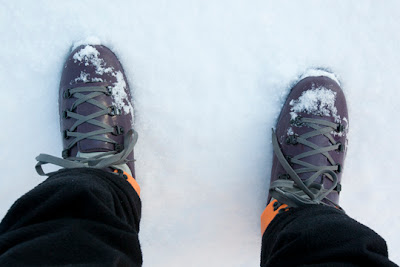 As soon as the roads have cleared up a bit, I'll be out in the snow taking photos, so check the blog for those pictures soon.
In the meantime, I'll be spending some time urban skiing as there are some steep hills around here.
Posted by Mark Savage Photography at Friday, December 03, 2010 No comments: