Yeah, yeah, yeah, you don't need to say anything. I feel the same way.

It's no surprise, but as I write this, it's pouring down outside and that's what it's done all summer. Imagine crossing the road in Alnwick on a rainy day. I feel like I've missed a massive chunk of 'golden opportunity'. The sun coming round onto the north facing crags, loads of routes getting climbed, plenty of daylight. Well, after putting up with two months of non-stop rain, I decided enough was enough and headed out to Iceland and then to the Tatras Mountains in Poland. It was fantastic!
Since I got back, work has been hectic. A lot of variety and a lot of studio work, so everything's good there too.

So I thought that what I'd do is share what little I have of The County, then post a few travel photos. Iceland this time, Tatras next.

So, down to business.

First up is Andy Cowley of 'The Governor' fame. The day before Andy was due to go off to Font, a car swerved across the road and knocked him off his bike. He ended up with (and this is by no means the full list) both arms broken, broken fingers, broken collarbone and a broken nose.
A climber's nightmare...
So I just want to wish Andy all the best for his recovery and I'm sure we're all looking forward to seeing him back climbing.
I had a dig around in the archives for a picture to get him psyched. Here you go:


On the subject of injuries, I saw Nigel Callender at the weekend and he's still suffering from the shoulder injury sustained at the ASBO12 competition in May. I know better than most people how a shoulder injury can be a game changer, so good luck to Nige as well.

So, what's been going on in Northumberland? Well, not a great deal (that I know of) to be honest.
The biggest piece of news is that Micky Page has repeated Dan Varian's Potty Mouth 8b at Back Bowden.
Micky said "Its surprisingly good, and despite being small it packs a lot of climbing in. I managed it in a couple of brief sessions, so things went smoothly. Another impressive addition by Dan."
If the weather improves, I know there are going to be a couple more noteworthy repeats in the very near future, so watch this space.

James Mchaffie and Dan Varian have both repeated Crisis Zone at Great Wanney. There's a write-up and photo on James' blog here.
One day I'll actually get to take photos of someone doing that route. I've missed seven ascents that I know of and it's up there at the top of my list as well.

Although it's not in The County, congratulations to Mina for her ascent of Mecca. She's awesome! I hope she gets plenty of hard ticks in the States.


I went up to Ravensheugh last weekend with Will Chamberlain who is a permanent fixture on the local competition circuit.


The sky was nice and moody. I was hoping for an awesome sunset, but it didn't happen.

If someone asks you how to get to Ravensheugh and you tell them to go past Simonside, take the track turning right and go along the side of the forest, well this is just to let you know that the forest has gone! Some of it at least...
The walk-in is pretty boggy at the moment and if you're thinking about going up to do Reiver, make sure your spotter takes wellies.

I've had a few non-climbing trips out as well, and on the subject of Northumberland landscapes, thanks to Tom Hopper for pointing this out to me:


Yes, that's the view from Corby's Crag just outside Alnwick! You can read more about it here, or just google 'Hobbit Northumberland' and there are plenty of hits. No doubt the 'dalf will be finger-taping his toothbrush to his staff.

Recently I had the pleasure of seeing the Northern Lights from the A68. It was the first time I'd seen them so I was quite excited! The light in the distance is the midnight glow of the summer sun.

Another night-time photo from the military road next to Hadrian's Wall:

Thanks to Mark Anstiss for sorting out a long overdue clean up of Crag Lough. I couldn't make it as I was working (including a grim 5am start for the Great North Run), but I understand it was productive.
Crag Lough has some of the best lower and mid-grade routes in Northumberland and in a beautiful setting too, so hopefully the cleaning session will help encourage the traffic it deserves.

It just so happens I have a couple of photos of Crag Lough...

I had another trip up to Duddo. It's so peaceful up there.

As promised, here are some photos from Iceland.
What an incredible place. I'm already planning a trip back. We basically drove anti-clockwise around the ring road, with a few detours (north coast and the Snaefellsnes peninsula) totalling 1513 miles. Surely this must be one of the world's best drives? It was breathtaking from start to finish.
If you're into sublime, primordial landscapes, no people and the feeling of remoteness, then you'll love Iceland. Only a couple of hours away, it's like Scotland 400 million years ago. Volcanoes everywhere, lava flows, glaciers, icebergs, whales, geysers, waterfalls, etc. You get the idea.
I still feel guilty about it, but I had to try the local delicacy. Puffin. Watch out next time I'm up at The Farnes. 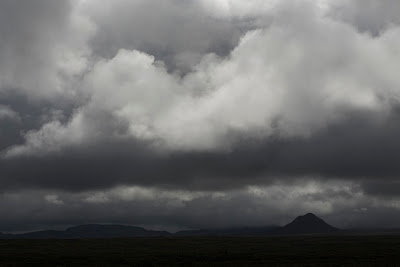 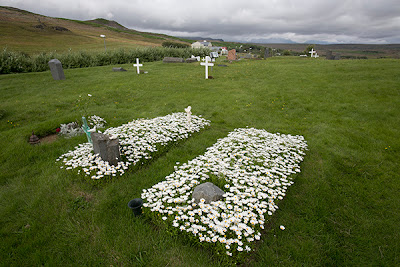 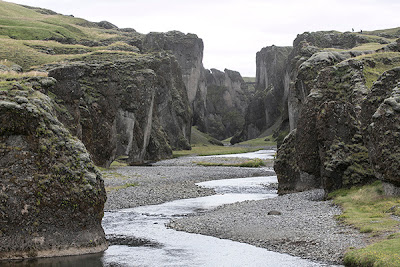 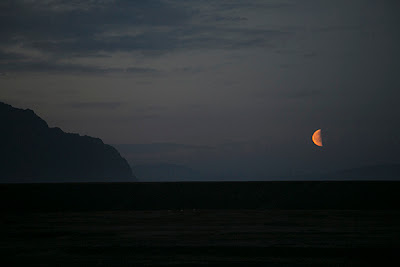 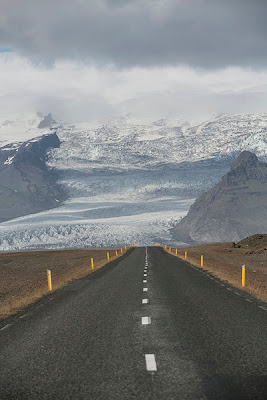 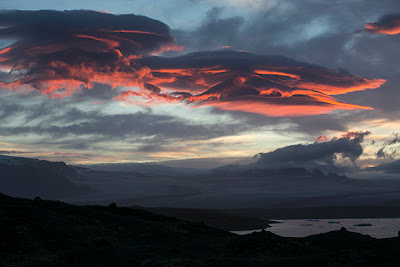 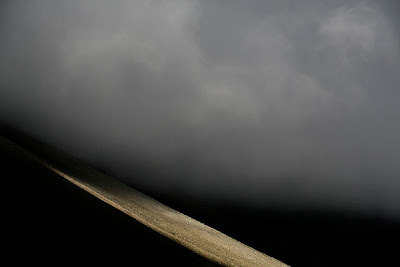 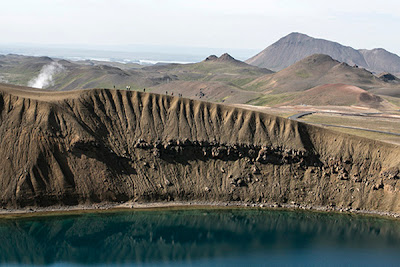 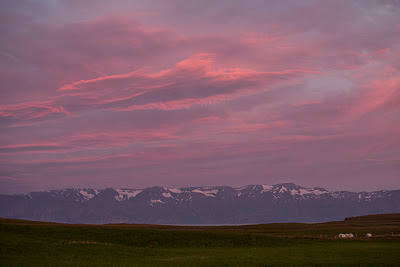 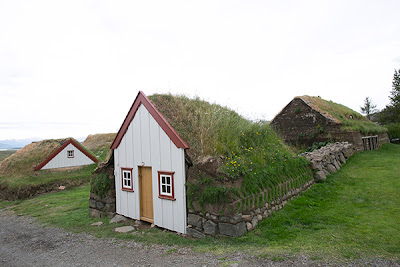 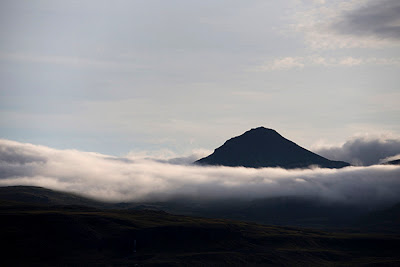 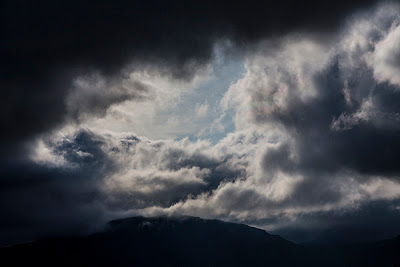 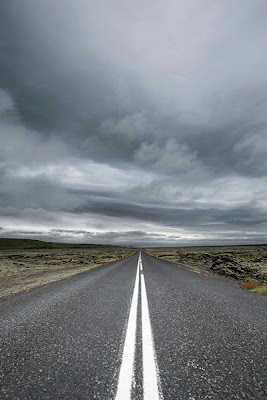 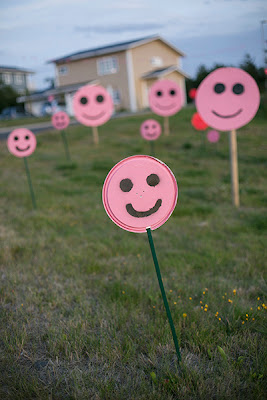 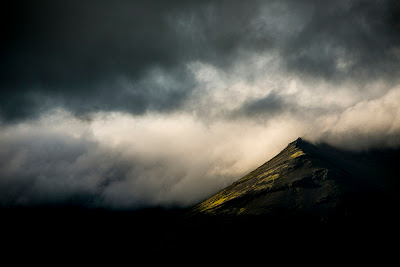 (Sorry for the lack of Icelandic letters in the placenames)


So, that's just a brief selection of the 9,000 photos. Pretty good going considering last year's jaunt across South America was about 15,000. More Iceland pictures will no doubt surface in the future.

I don't usually talk about camera related issues here, but on the subject of the number of photos taken, I had my first shutter failure on one of my Canon 5Ds when I got back from South America. When it came back from being repaired, it had the work sheet in with it. Various items were ticked like 'sensor cleaned', 'internal clean', 'shutter curtain replaced', but handwritten on the bottom of the sheet it said "Extremely high number of frames. 800,000!!!!" **
There might even have been more exclamation marks. Not bad going for a five year old camera. I think the shutters are only guaranteed for 100,000 frames. And that's just one of my cameras.
I think about that every time I hear someone say 'I take loads of photos. About 2,000 a year'.

** I am well aware that quantity doesn't equal quality.

Lensrentals have been recording their repair data and I found it particularly interesting that there seems to be a problem with the compact flash card reader pins on the Canon 5D MkIII.
I had my MkIII for three weeks and the CF reader pins broke. The cards go in and out of my other cameras every day with no problem at all so I was a bit miffed.
I got in touch with Canon and they sorted it out very quickly at no cost. Rightly so.

And another thing while I'm at it. Can someone tell me on what planet is Bryan Adams "an extremely talented photographer"? It must say that in his press release as it's the phrase that the media continuously seem to be using when talking about his £60 book of photos of his celebrity mates. Honestly, it does my head in.
Remember when Helena Christensen started taking photos and having exhibitions? Absolutely mental. She's great in front of the camera, but let's just say she's not the most talented photographer...
I did like Dennis Hopper's work though.

I could go on all day about this kind of stuff... and I frequently do.


I'll finish by saying thanks for visiting the blog. I'm always amazed at how many people read it! I never thought that this blog about climbing in Northumberland (and my photos of course.... *coughs*) would prove so popular.