Big Numbers in The County

The biggest number is probably the number of days Adam Young has been on the first page of my blog.
More on that later.


Firstly, although there's not long to go at the time of writing, can I ask that you check out CLIMBAX?

Contribute to their Kickstarter here:
http://www.kickstarter.com/projects/210109440/climbax-climbing-wrist-bands-that-assess-your-skil


'Back in the day', when I was compiling my little (actually it's not that little) black book of Northumberland projects, there was an obvious, rock-hard line that had been mentioned a few times in conversation, and I decided to invest some time in it.
The left-hand finish to Lost Cause at Back Bowden is a stunner. It climbs the blunt arete to the right of Transcendence, Malcolm Smith's route from 1994. Although it's short and bouldery, it starts as for Lost Cause, so you're already halfway up the crag after you've done four or five moves.
Then the fun begins.
I probably spent a month working it, but didn't feel comfortable on it. I could do it on a top rope, but I didn't have it wired. As is so often the case, the fall is much worse from up there when you're looking down than it seems from below! The bottom of the route slabs uninvitingly outwards and you're climbing out leftwards, so you're going to swing back sideways too.
I continued to work it, but one day my climbing partner (let's call him 'Simon') had a play on it and snapped a crucial edge off. I couldn't hang the hold after that, so I moved onto other things and left the line for a future generation.
And that's where Adam Watson comes in.


I'd been going up there with Adam whilst he was working the route, offering encouragement and a bit of back seat driving. Although I'd abandoned the project, I still felt a bond. I knew the holds, the moves, the fear and the effort it takes. I've known Adam for longer than I care to remember and I felt a real sense of satisfaction knowing that it was him was working it. I never had any doubt that he would eventually climb it.
Not only is he strong and bold (he's got a string of E8 ticks), but despite his easy going manner, he is focused and determined. Definitely the man for the job and the next local hero-to-be.
Even more so than he already is.

After getting it just about nailed, it started to get harder to get to the crag. Work got in the way, then the weather, then work again and I thought he would have taken a bit of a step back. But then he won the Battle of Britain competition and I think that gave him the confidence to get the route finished.
When we went up there in December, for the first time in a while, I didn't think it was going to be the day.
He's always struggled the first couple of times that he's got on the route as it takes two or three goes to get dialled into the moves. Although he looked a bit shaky, he got it first go, did the top a couple more times, then lowered off and said, 'Right, I'm just off for five minutes to give myself a talking to, then I'll lead it."
It was late in the day and the sun had already gone down, so it wasn't great for photos (to say the least), but you don't get to choose when a route like this gets done.
After a short break, he tied in and off he set.
The moves are brutal and the holds are tiny. Adam said the crux is the hardest move he's ever done. Deep lock offs and very long reaches are the order of the day. When he popped for the sloper on the arete, he didn't hit it right and took a second to re-sit his fingers slightly. When I was watching, this seemed to take ages and I started to worry, but watching it back on video, you can barely notice it. This sloper is where the crucial edge came off and it's an awful hold. In fact, Adam said he couldn't pull on it from below and needs to cut loose and throw himself outwards to be able to get his weight on it.
I can't emphasize how hard this is. I was probably climbing 8a+ish when I was working it and I couldn't do this. It's an outrageous move to do way above your gear! Adam told me that if it was a boulder problem it would be 8b. Every time he did it on a top rope I was impressed. To see him do it on the lead was jaws-to-the-floor, heart-in-mouth, breathtaking. Also, he did it slightly differently every single time, which added to the excitement...

So, six years after first trying it, and after three years of training for these specific moves, Adam made the first ascent of Purgatory E8 7b.

You can see my best photo of Adam's ascent in the March issue of 'Climb' magazine, on sale 13th Feb.

1. a place or state of suffering inhabited by the souls of sinners who are expiating their sins before going to heaven.
2. having the quality of cleansing or purifying.

Which fits in well next to

1. existence or experience beyond the normal or physical level

The other big number in Northumberland is Dan Varian's ascent of The Rail 8b+ at Bowden Doors.
I'm late to the party, so I'll not dwell on it too much.

I had been up there many times with Dan whilst he was working it. Sometimes he was close, but other times he was struggling. The Rail is at the outer edge of what's possible. As well as being desperate, it's also conditions dependent.
To give you an idea of what it's like, Malcolm Smith and Andy Earl both tried it and dismissed it as too hard. Admittedly, they didn't spend a lot of time on it, but it's just to put it into context.
Dan, however, totally committed to it. It's one of those obsessive projects where you learn far more from the process in your head than the physicality of the challenge.
As well as being crushingly strong, Dan's application and fearlesness is beyond compare. He has no fear of failure and embraces the jouney of a project as the zen of climbing.

So how hard is The Rail?
Although Dan graded it 8b+, it took him two years of effort. A year ago I asked him how many goes he'd had and he said maybe 300, and that was a year before he climbed it! 300!
I asked him if, after all that effort, he really thought it was 'only' 8b+? I really don't think it can be. He said that as he'd never climbed a confirmed 8c, he could only grade it 8b+, but it was definitely at the top end of the grade.
I don't know when it'll happen, but I'm looking forward to someone capable coming to try it and seeing if they get shut down. Let's just leave it at that...

I wasn't there when Dan climbed it, but he texted me afterwards and although I was kicking myself (my excuse is it was raining all day), I was buzzing for a couple of days that he'd finally done it as I knew how much it meant to him. Fortunately, Nick Brown was there, and you can see his film about The Rail here:

If you're quick, you can get a double sided poster of my photos of Dan on The Rail in the February issue of 'Climb' magazine which is out now.

Ok, my apologies, but I'm going to quickly skim over everything else.

Dan's other big tick is more recent.
I know Bobby Gowdy had been trying the direct up the barrel of the Roadside Boulder at Shaftoe, and that culminated in Real Slim Shady Left Hand 7c.
Dan Varian did the direct and called it Capability Brawn 8a+/b. It's short... but hard!


Ok, so what about me..?!
Well, I bought a house with a dance school last year. It was a bit of a wreck and needed renovating, so that's what I've been doing with almost every spare day, including sunny weekends.
I've had to replace the walls, the ceilings, bits of the roof, the wiring, the plumbing (thanks Steve), the floors (thanks Darran), sort out the damp and generally do endless DIY. It's still ongoing, but I now have a photography studio with fantastic views (thanks Andy) over Newcastle and Northumberland. I can see Simonside and The Cheviots, so if you need to know what the weather's doing, give me a call.
I'm planning on putting a webcam up, but don't hold your breath.
I occasionally post photos of the view on Twitter and you can follow me here:

So, with my scaffolding and cement mixer excuses out of the way, I promise I'll post a bit more regularly this year... that's not saying much though!!


Ok, so we return to Adam Watson at Back Bowden...

Adam had an impressive hour or so when he flashed the 'Four M Routes' on the North Wall one after the other.
Merlin E5, Morgan E5, Mordreth E6 and Macbeth E6.

Is that vague enough?

Here are a few photos I did for Climb North East (featuring Dave Barrans): 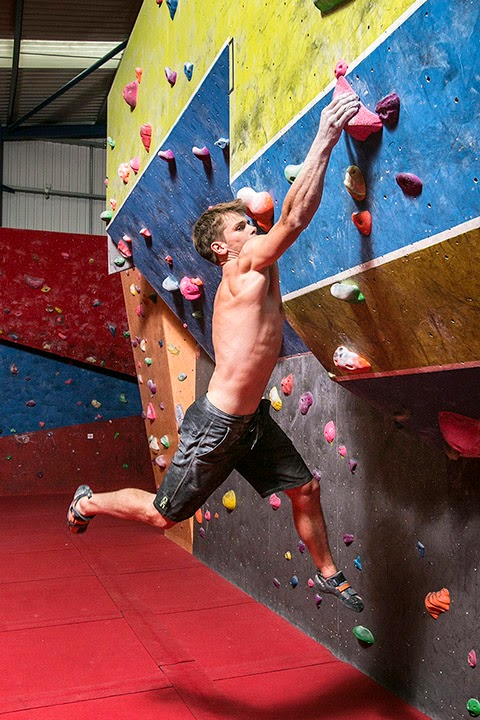 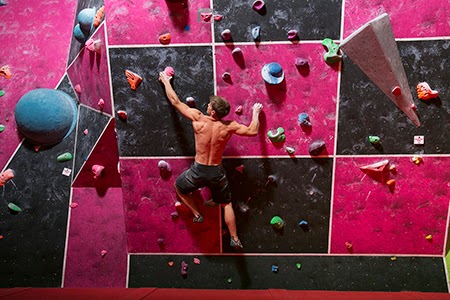 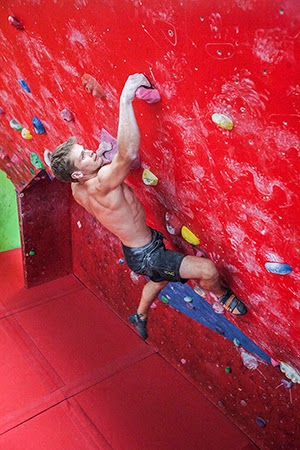 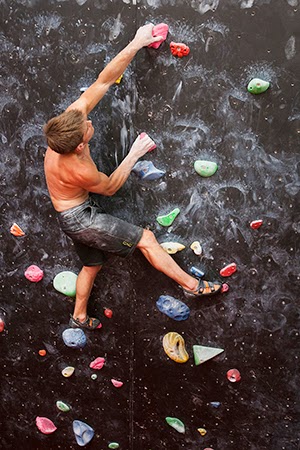 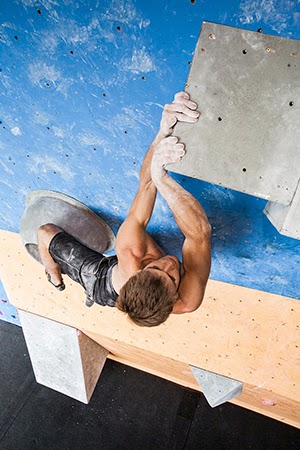 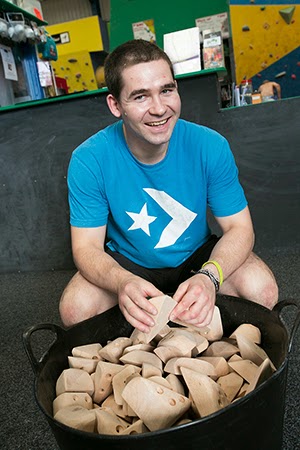 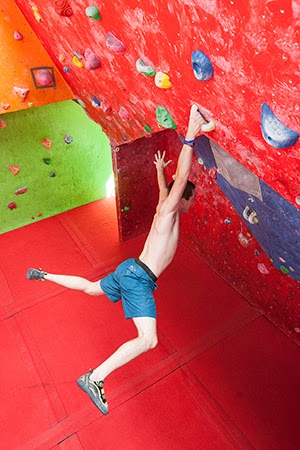 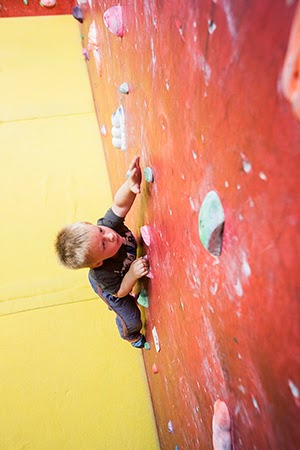 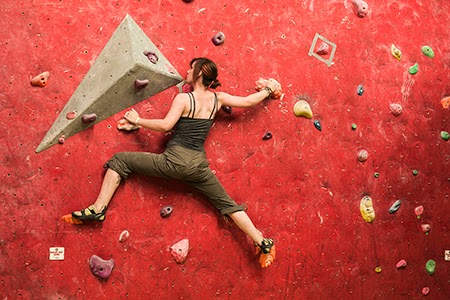 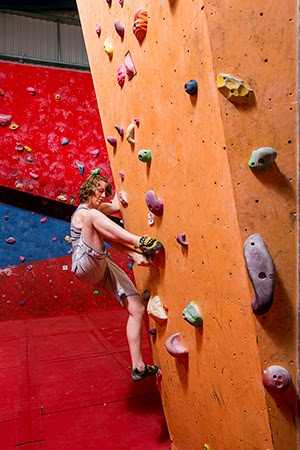 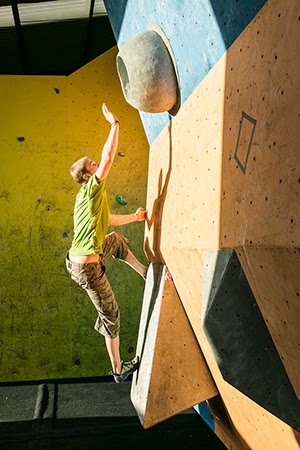 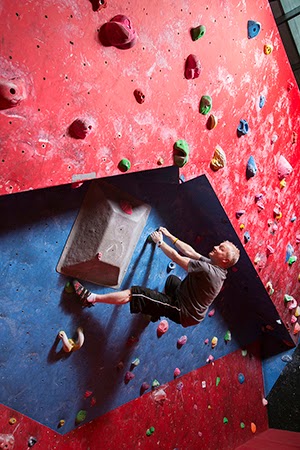 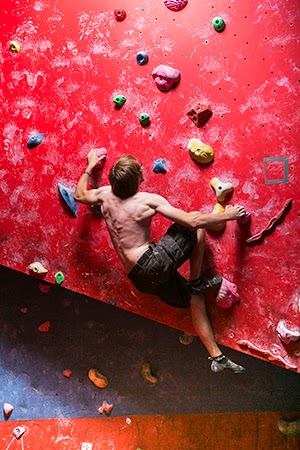 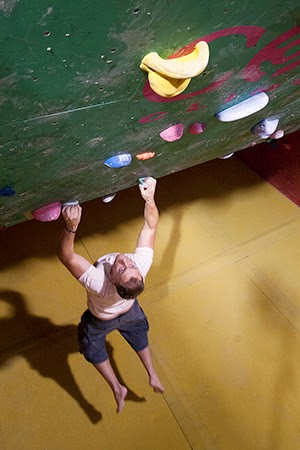 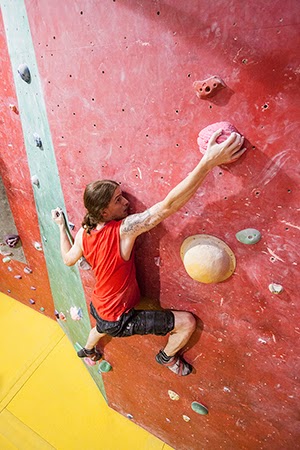 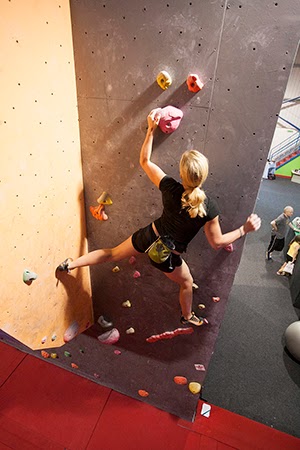 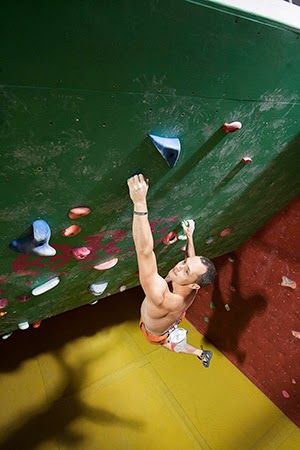